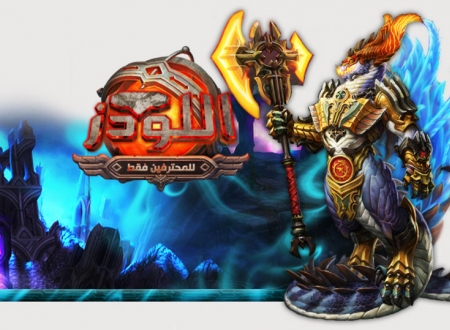 The Middle East has one of the fastest growing online gaming communities. About 60 percent of the 350 million people in the Arab world are below the age of 25. Currently, 70 million people are online, a number expected to double by 2015. Online gaming in the Middle East has raised Internet traffic and last year contributed one billion dollars to the global gaming market. Promising trends for cyber entrepreneurs.

“The figures are very compelling for an industry that only requires a good Internet connection to participate. The Arabic online gaming market is witnessing exponential growth where we saw 300 percent more gamers connecting to play our games,” said Fadi Mujahid CEO and co-founder of Game Power 7. “We’re in the business of ‘culturalizing’ games to suit the Arabic speaking market.”

The Game Power 7 team comprises of both gaming enthusiasts and fashion designers who have become an integral part of the team. Their role is simple; design a new wardrobe for the characters so it fits in with the region’s culture.

“We modify characters by replacing clothing which is inappropriate and designing garments for characters which are more suited to the region. We have also eliminated religious signs of any sort. All references to consuming alcohol, smoking are also removed,” said Mujahid.

“We modified everything in the games so that all religious matters are respected. For instance, in the international game of Allods there exist three characters which are known as Gods. We have removed this term and called them kings,” he added.

Mujahid believes that because of the focus on culturalization, Arabic speaking gamers are now able to relate better to online games.

Last year in the UAE alone a total of 130 gaming events were held worth over AED500,000. Estimates by established global gaming companies have pegged the annual spend on gaming in the Middle East between US$750 million and U$1 billion.