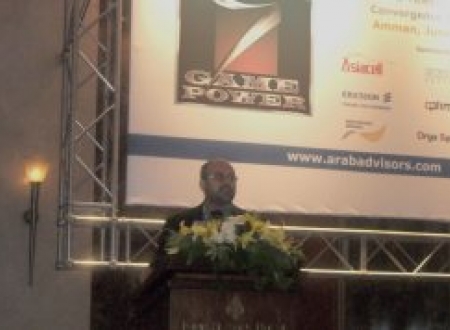 Bold statements from Game Power 7’s General Manager, Mr. Fadi Mujahid. The headline is part of a speech Mujahid gave at this year’s “Online Gaming and Telecom Operators The Gold Rush Convergence”. He had more to say that might actually startle and surprise some readers, while, for others, it will probably just verify where gaming is already going.

The part of the headline comes from a speech Mujahid did about the changing landscape of television versus interactive online media. He briskly explained that MMOs will be the new meeting place for most major gaming and television experiences, stating that…“5 years from now, kids will no longer turn on TV machines to watch TV programs, but rather, they go to the TV Room in their online world to watch their preferred programs. They will use their virtual world telecommunication facilities to communicate with friends instead of making a phone call.”

For those questioning why this speech wasn’t given at this year’s E3, it’s because the sixth Annual Media and Telecommunications Convergence Conference was underway, which took place in Amman on the 1st and 2nd of June. Yep, right during E3. Perfect timing, eh?

Anyway, the company is continually moving forward with adding culture and diversity to their game line-up in untapped territories of MMO gaming (i.e., the Middle-East and North African territories to be exact). They also envision for Game Power 7 to further:

1- Global game developers with value-added game publishing services, and
2- Telecom operators with the best gaming content to enrich their VAS, and aggregate their services to kids, teens, and young youths.

Game Power 7 published and maintains the server and operational efforts of the Middle-East version of Arabic Rappelz Online.