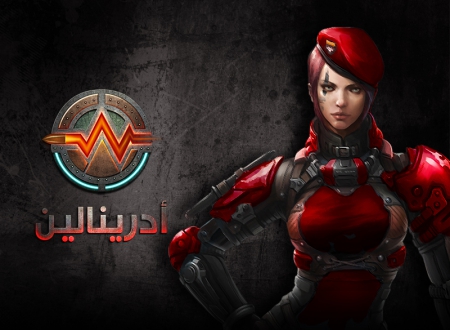 Game Power7, the leading Arabic publisher of mobile and free-to-play online games announced yesterday the commercial launch of its new sci-fi, FPS game titled "Adrenaline".Following on the heels of successful open beta testing, "Adrenaline" is now fully live and ready to play with an updated client featuring a wealth of exciting new additions and improvements including Arabic and extended maps.

Recently, Game power 7 acquired the rights on sole publishing and distributing of "Adrenaline", which was known previously as "Repulse". The game witnessed huge popularity before it was stopped due to Cash-strapped. Meanwhile, GP7 successfully culturalized the game to fit the special cultural environment of the MENA region, Arabic language voice-over and text was used plus a total localization process took place.

A set of battles are waiting to begin with 10 playing modes and three fighting characters. Character's enhanced movement abilities and fast-paced combat make this MMOFPS a profound experience. Starting the game, players must create a soldier before battling enemies through a unique challenge in a variety of hard-hitting PvP and PvE modes, supported by a wide arsenal of both high-tech and classic weaponry.