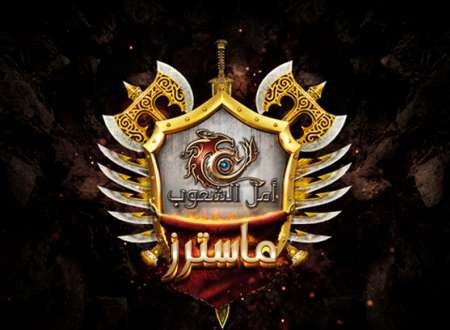 Achieving such a great victory was not easy for Saudi Arabia amid the big competition that took place during the summer holiday. Hundreds of Arab gamers joined the exciting and enthusiastic moments of Rappelz Masters tournament.

The crowning started before Eid al-Adha at the end of the event that lasted for 3 months, in which two Saudi players "Sharp" (25-year-old) of "Bone Dragon" server and "TnKs" (22-year-old) of "Death Tyrant" server won Rappelz Masters title. In addition to cash prizes that worth 20,000 SR and honorary shields engraved with the tournament emblem.

With the increasing interest in MMO games in the Arab region and the activities that are associated with worldwide e-Sports industry, Rappelz Masters competition came to reinforce and complete the efforts of Game Power 7; The Arab leading company in localizing and publishing Arabic online games in the Middle East and North Africa.

Rappelz staff worked continuously during the summer holiday to organize the biggest tournament in the Arab world, depending on individual matches that were held for the first time in the game. Besides, working on various events of Game Power 7 Carnival during past August within all the company's platforms.

"Rappelz Masters was a unique experience for Arab players since it supports one of the company's core values, Mental Exercise", stated Mr. Alaa Al-Kurdi, the manager of Rappelz project.

Al-Kurdi also added that the concept of e-Sports has gained more importance locally and globally; hence, we have to reinforce this notion which online games provide. MMO games do not only offer entertainment and fun, but also aim at stimulating youth's minds and enhance their intellectual talents and strategic planning.

This interest can be attained by making a space for electronic competitions that intersect with the company's efforts during its career. GP7 has adopted a pioneering strategy along with creativity and innovation to provide suitable online games for Arab players, whether by offering high-quality customer services or the diversity of events and activities that are released periodically.

It is noteworthy that Game Power 7 is celebrating its 10th anniversary in the online gaming market in MENA and at the same time preparing for a global expansion, after successfully attracting more than one million users throughout its first decade.