How to Empower the Role of Arab Women in Video Games? 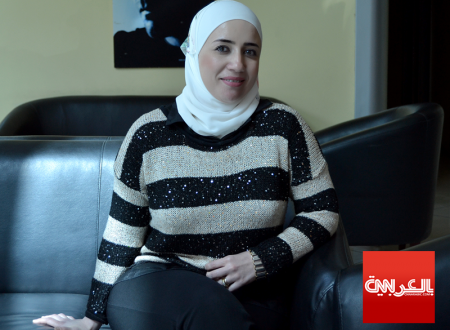 The world of video games has always been the domain of men, making it easy to exclude girls from this equation, especially those who grew up with three siblings like me.

As we rushed upon the small "Atari" which made us enter a world where the impossible could be achieved on a black and white television screen, my brothers used to play until their fingers would be swollen.

But it was not easy to get involved at the beginning, and with my desire to be part of what was happening, I learned how to play "WWF" game on the PlayStation, until I started to beat my brothers, who didn't want me to tell anyone about this, gradually, I became part of that circle of children who would be sitting and playing on that screen for a long time, and the competition would start in a different way; "You won't be able to play, you're a girl. How are you gonna play football?" my brothers would say, but proudly, I would beat them every time.

Therefore, it would not seem strange to me that a successful woman in a video games world would attract my attention. Ghadeer Al-Khayat, 39, who works for Game Power 7, decided to change her career from marketing in a fashion shop in Dubai, to enter the world of video games at the age of 30.

In an e-mail to CNN Arabic, she said that she had decided to change her career because of what she had described as her children's "obsession" with video games.

"There was nothing in common between me and my children, " Al-Khayat said, adding that she had decided to apply for the job when she had seen a vacancy at Game Power 7 ", which was considered the first Arab video game company to be established in 2010. In spite of the radical change of the career to participate in an emerging project may appear a major challenge for many, Ghadeer still wanted to prove herself.

She mentioned that she had had difficulty adapting to a world where she had not had much experience, especially working in a male-dominated area, amidst the prevailing stereotype that women could not succeed in the video games world, but her insistence made her achieve progress in this field.

For those who want to join this world, there are organizations that can provide support, such as the "GCON" Foundation in Saudi Arabia, which was founded in 2012 to provide an integrated and supportive community for female players and game developers, according to the website of the foundation, which has held exhibitions over the last four years, in addition to organizing the 2017 conference in cooperation with the General Authority for Entertainment (GAE).