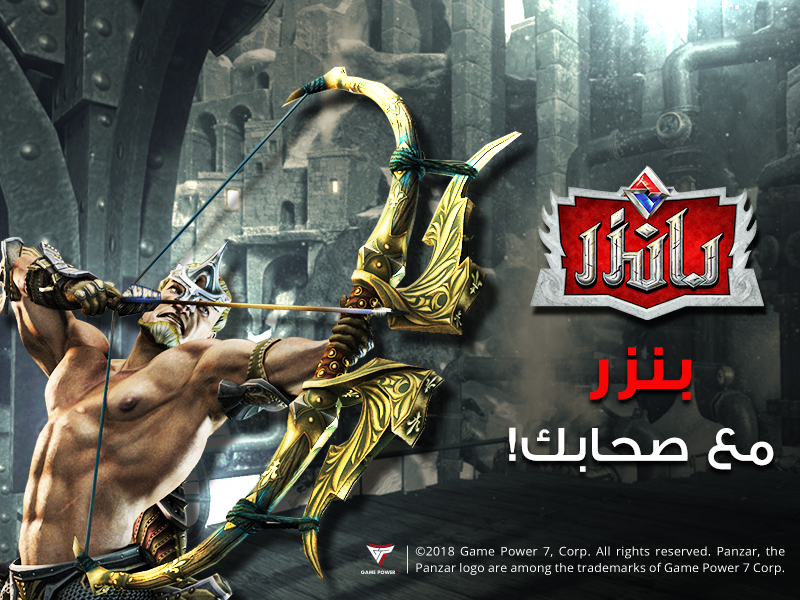 Panzar is categorized as a Multi-player online battle arena game "MOBA". The player gets to choose a character out of 8, each of which has different attack and defense skills and characteristics.

Game Power 7, which is based in Dubai, has extended the game's OBT which was started at the beginning of last February. The extension came as a result of the high demand rates, in order to allow the players to explore all the details before releasing the official version for free download on the game's website.

During the OBT & CBT, the Arab team was able to overcome all the technical issues and improved the overall performance of the game.

Alaa Al- Kurdi, Panzar Game Manager, declared that powering Panzar by Cry Engine 3 is one of the game's most competitive features, saying: "Panzar is distinguished by its visual effects and physics logical details. Cry Engine3 was able to fully support the game, and this resulted in making it more realistic and fun."

Panzar is the first Arab game powered by Cry Engine3, which is developed by the German "Crytek" company, and it previously provided an outstanding performance on other games like "Far Cry" and "Crysis".

Arab words and sounds are heard clearly in Panzar. The 3D graphics along with the background music create a special mixture, which increases the excitement of the player, especially at the rage of battles.

The mission of the player and the fighting place differ according to the chosen playing type. Different geographical features impose on the players a new challenge that urges them to generate fighting tactics in order to achieve victory, gain points and make progress in the game.

The player is free to choose between fighting solo or within a team. Either way, the experience of multiplayer gaming is very entertaining. Moreover, the variety of fighters (Sapper, Berserker, Inquisitor and more) increases the difficulty level, which in turn, increases the importance of planning, especially when fighting solo.

Arabic explanatory lists for the tasks and tools are important to help beginners in understanding the basics of the game. The lists urge the player to explore their huge content, which is expected to be periodically updated.

It is worth mentioning that Game Power 7 published Panzar only one month after Masters of East, which has revived the glory of Clash of the Titans anime series and witnessed a huge demand.