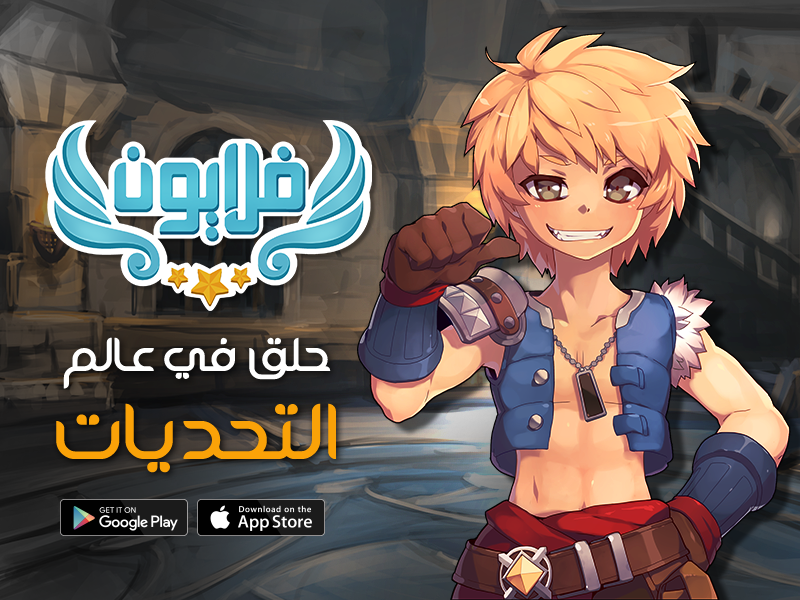 Since releasing Flyon officially in the middle of last March, the game has witnessed a remarkable demand. The number of downloads reached 10,000 in less than 2 weeks from making the game available for free download on both Google Play and Apple Store.

"Flyon" is categorized as a massively multiplayer online role-playing game MMORPG. The game provides a new experience in a wide fictional world, where the players pick one character out of three, each of whom differs in its features and overall appearance. Later on, the players start their adventure in a legendary land, while the main mission is to defeat monsters and opponents.

Flyon contains 700 levels. The more a player advances in levels, the more the difficulty and number of missions in a level increase. This requires looking for new playing techniques by the players, to make allies in order to reach rapid progress and to achieve many accomplishments which would reflect on the increase of fun and entertainment.

The feature of flying is one of the main features in the game. The players can choose to fly over the clouds using a magical broom, exactly like how it is done in fairy tales. This would help the players to explore distant areas faster, and to flee from monsters during the rage of the battle.

The players may also choose another option for transporting, which is riding on pets. Moreover, the pets strengths could be utilized to defeat monsters and eliminate enemies. However, this can't make up for the importance of gaining strong tools, picking the best fighting procedure, and finally, choosing the perfect time to start the battle.

"Flyon" includes a range of different missions. Some require to defeat a target number of monsters, which expands the experience of the players, and grants them some points and gold to employ in progressing rapidly throughout the game. The players receive all the missions from assistants who are spreading all over the areas of the game.

Fighting among battalions provides extraordinary enjoyment. The players are free to establish their own battalions, or to join a battalion in order to fight another. Coordination between the members of one battalion takes place within the planning office, which provides the players with all the details of their battalion.

It is worth mentioning that "Flyon" is the third Arab mobile game published by Game Power 7, in conjunction with celebrating the 11th anniversary of establishing the company as the first in the Arab region to publish and develop online games.

Flyon is available NOW for free download on Google Play and Apple Store.